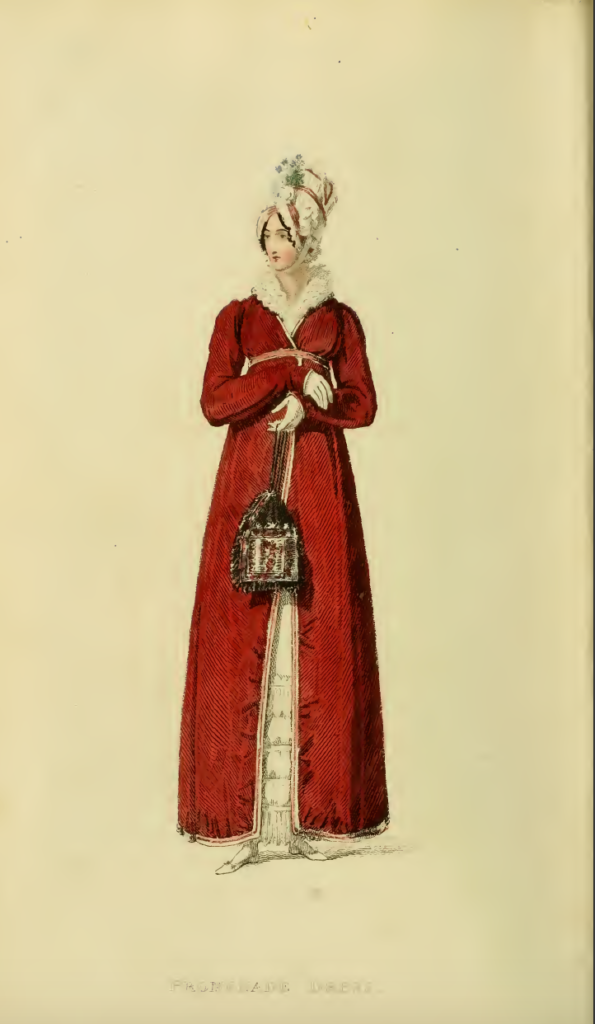 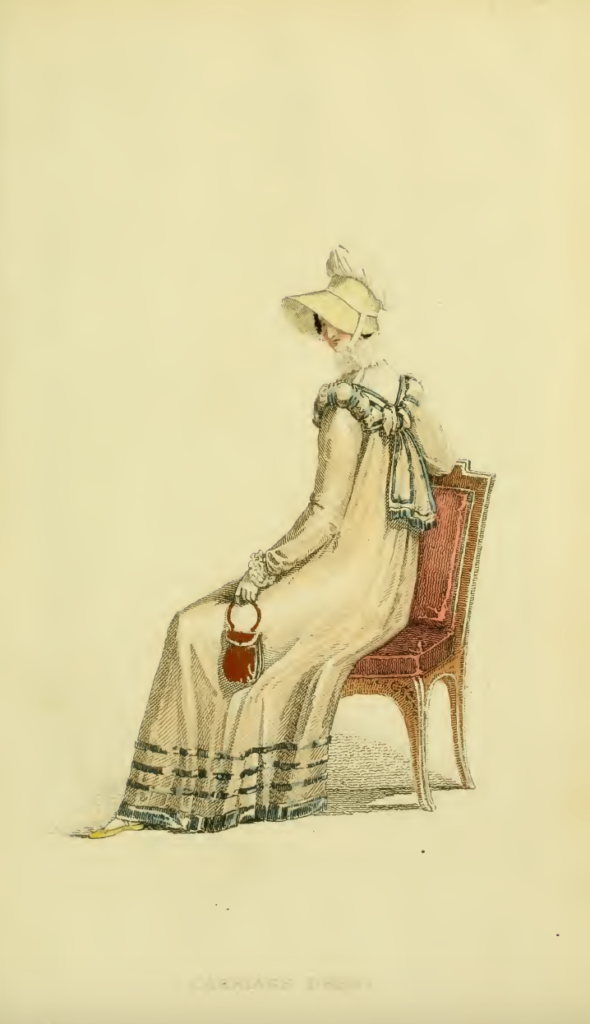 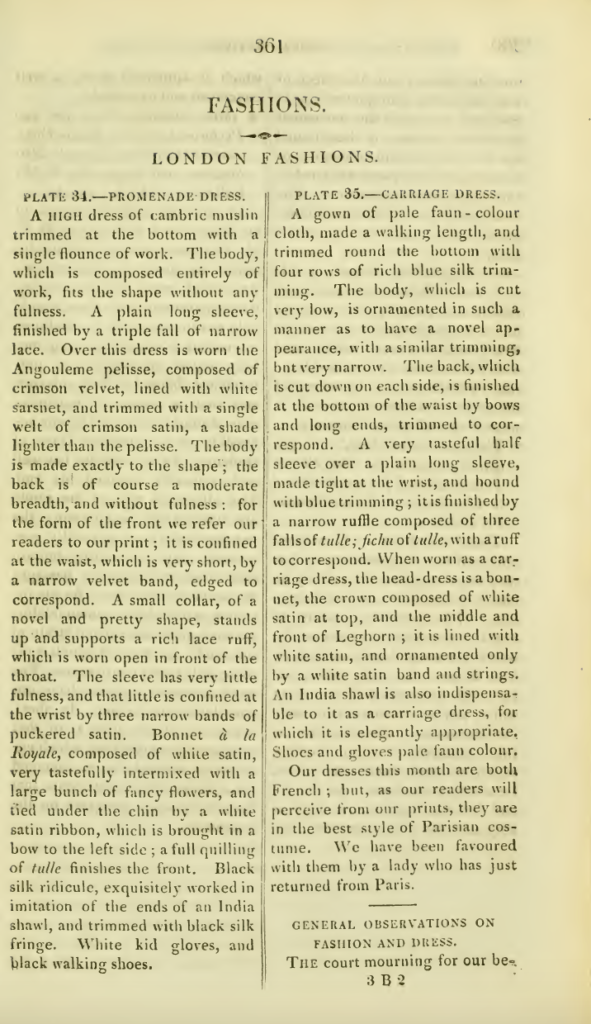 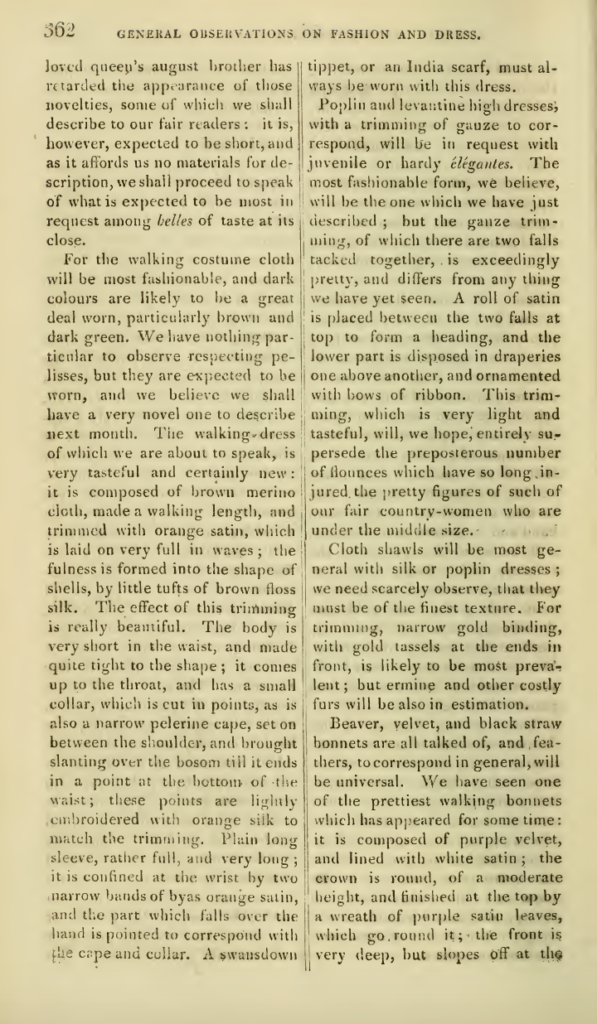 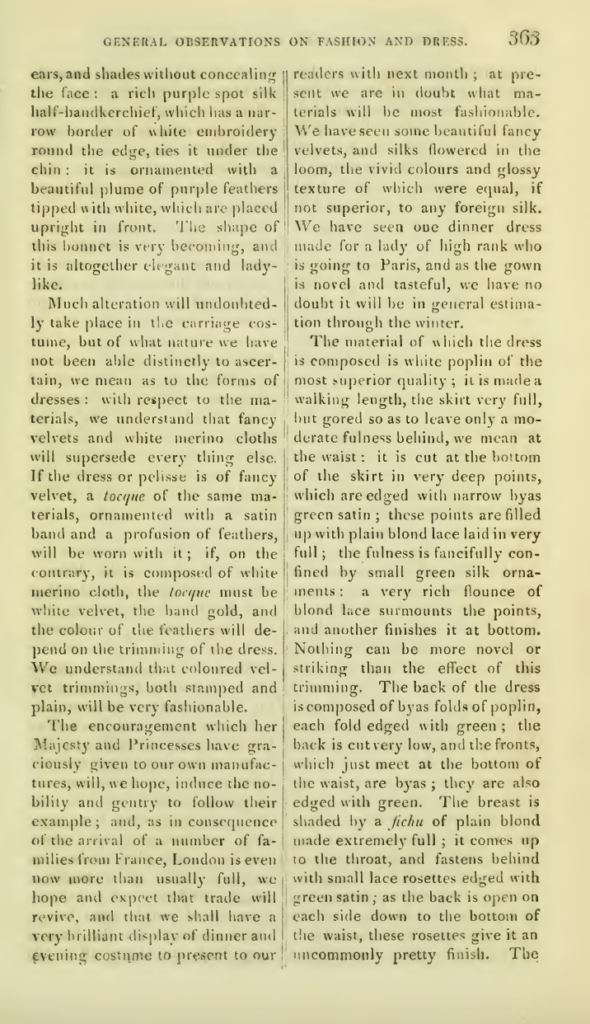 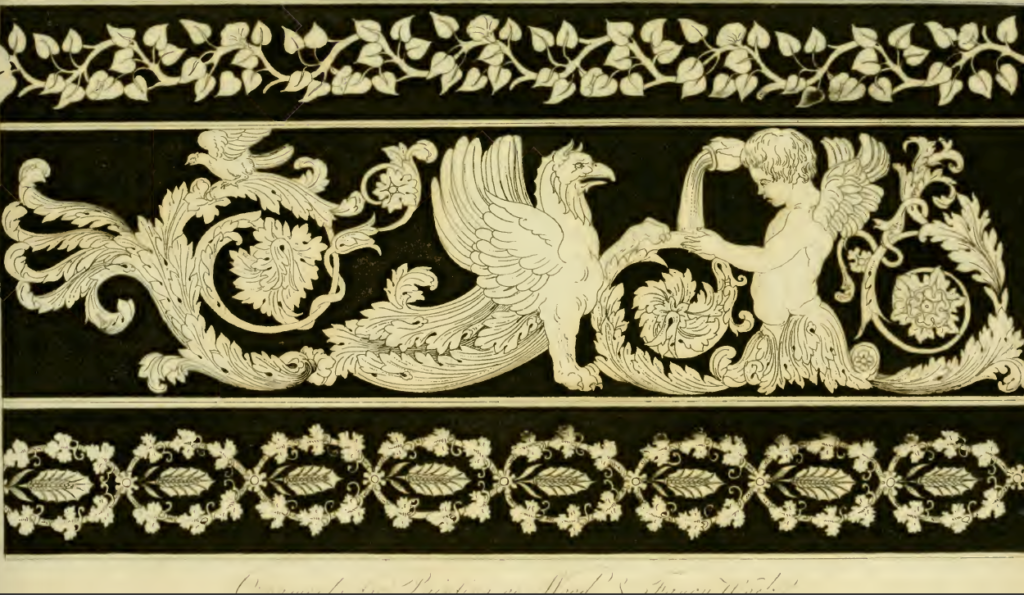 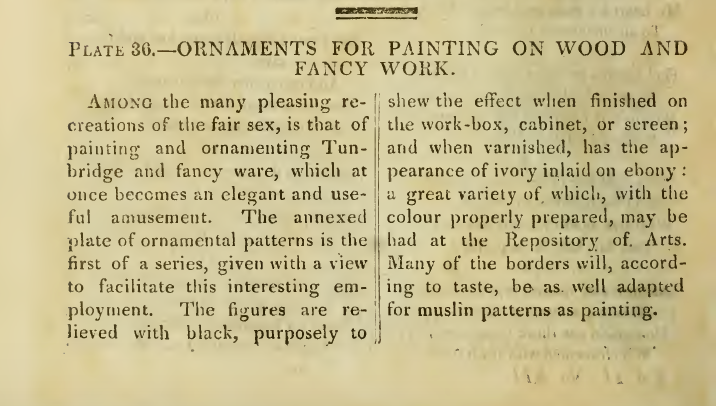 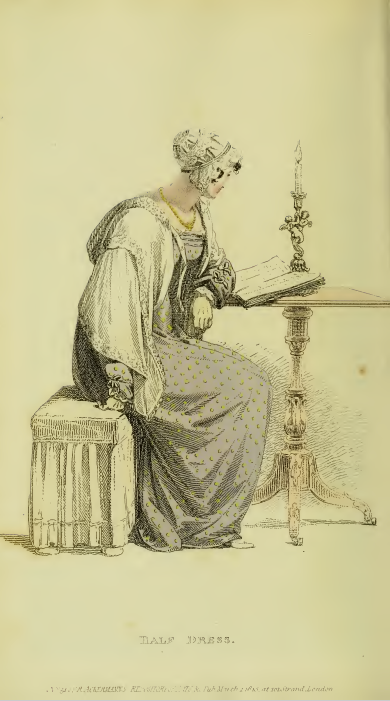 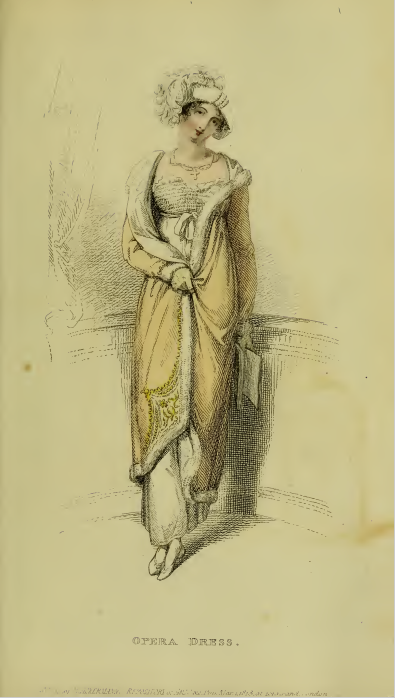 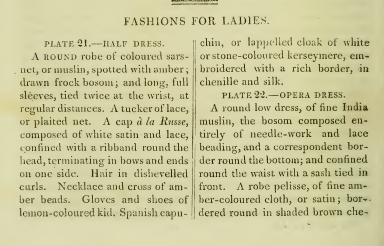 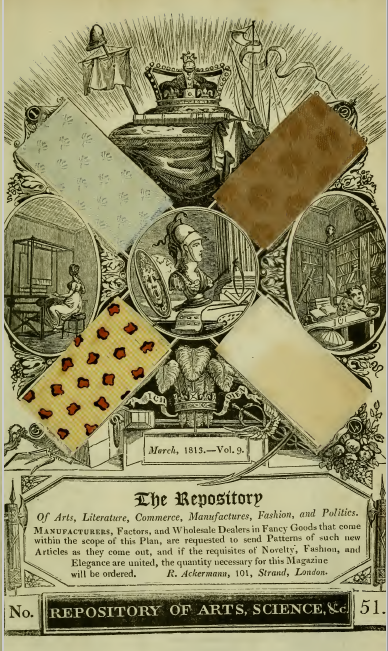 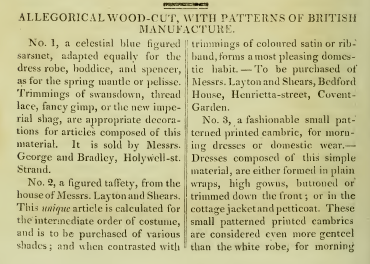 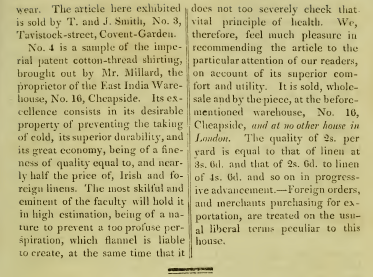 Can’t remember seeing a riding dress featured in Ackermann’s Fashion plates before. This one is rather dour, at least in color: “a pale lead or olive tinge.” Better ride a strikingly-colored horse if you put that gown on, else you’ll be likely to fade right into the background of the dank English countryside… 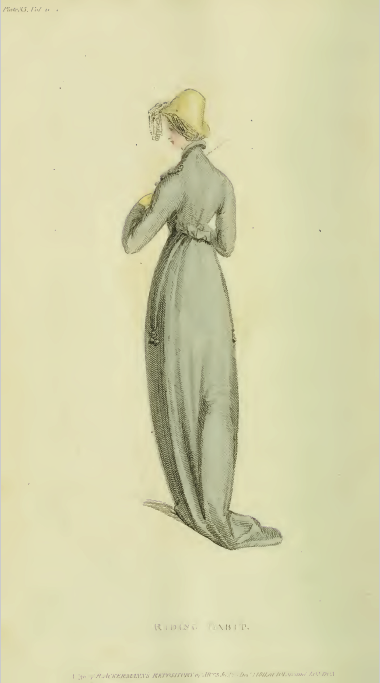 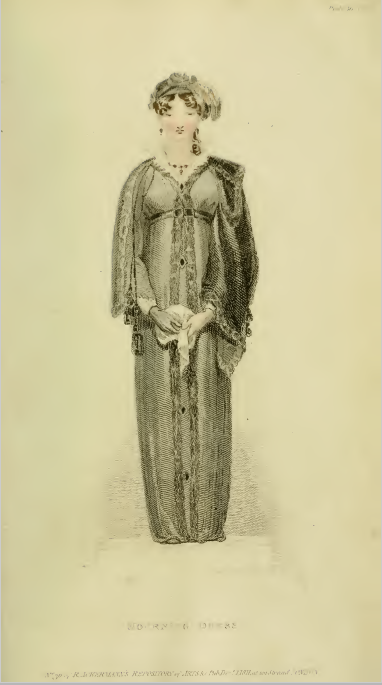 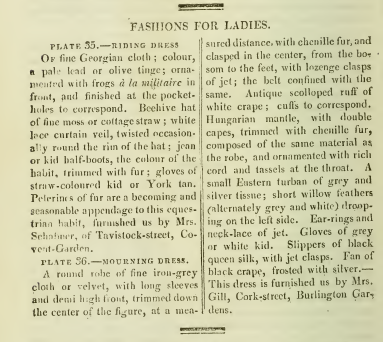 I’m in love with the first of this month’s fabric samples, a “cerulean blue and white embossed satin.” Dreaming about drifting about a ballroom in a dress made from that one, I am. The other dress fabrics look pretty dreary in comparison…

Check out the note about the creators of the tambour work on last month’s fabric sample—a potential plot detail for someone’s next Regency novel, perhaps? 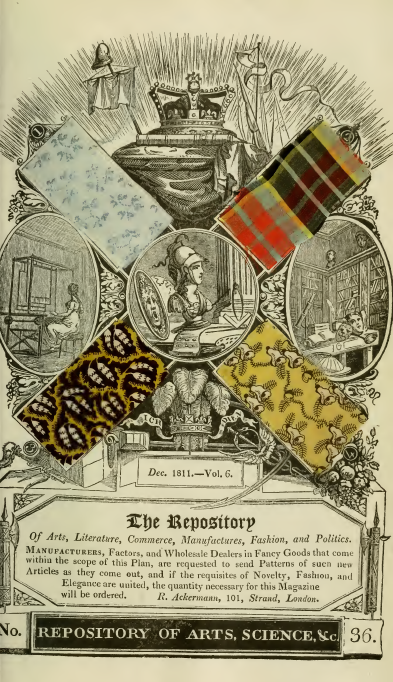 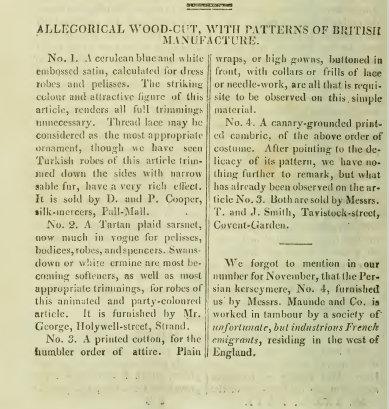