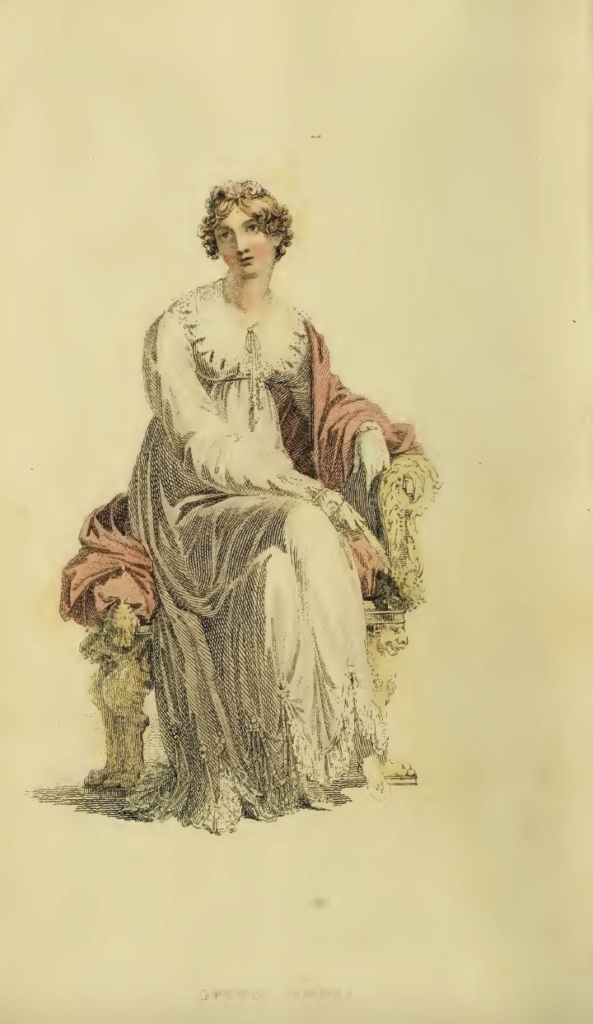 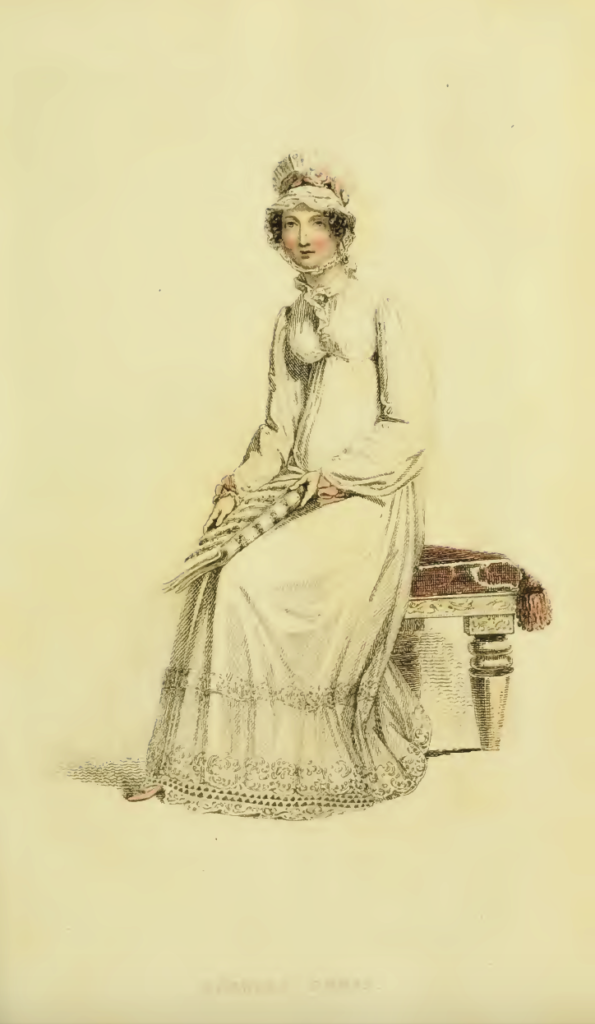 • Matrons are sporting pelisses, while the younger set prefers the spencer

• Straw and Leghorn hats and bonnets are still in fashion

• China crepe scarfs, richly embroidered in colors at the end, are worn for carriage costumes, or scarves of French silk net

• Coloured bodices are not currently in fashion, although white satin bodices are quite popular

• The corset de Grâces is still in fashion; the Thuringuen habit is reputed to be on the rise amongst female equestrians

• Peach-blossom is much in favor as a color in fashions 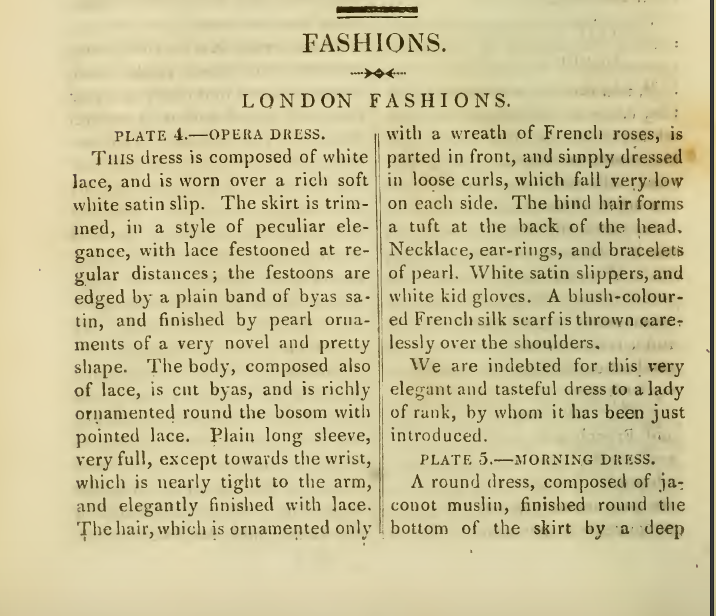 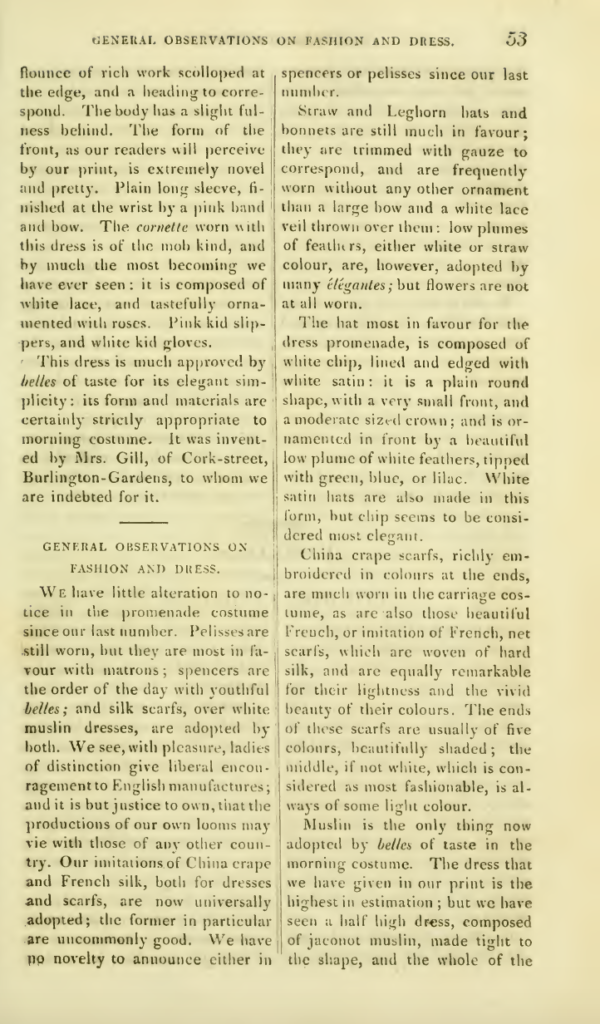 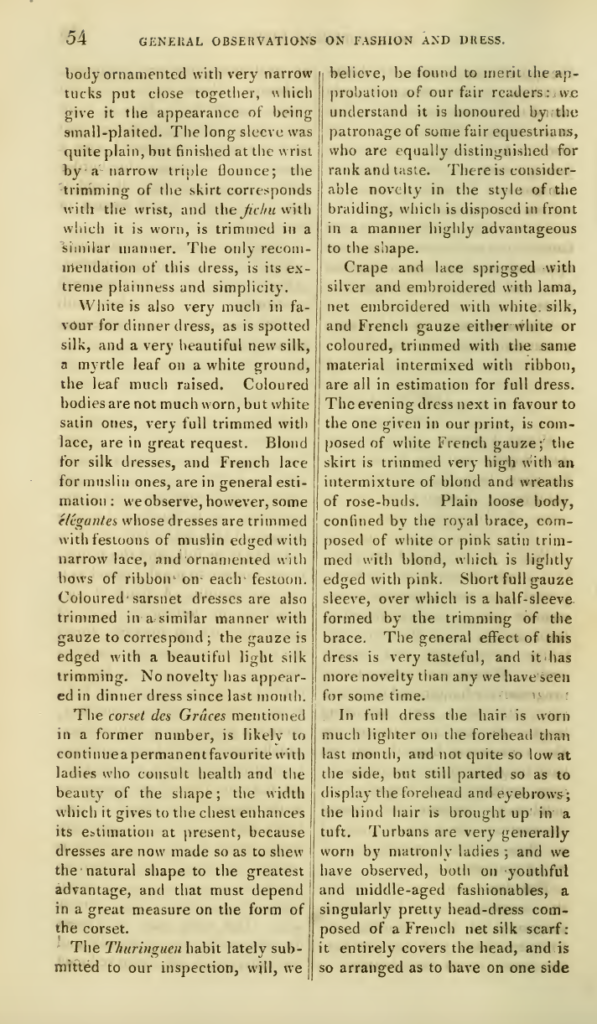 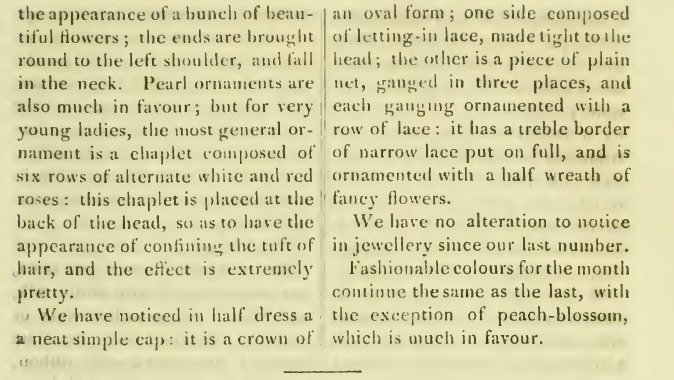 A long letter from “Eudocia” to “Sophia” reports on the fashions in Paris: 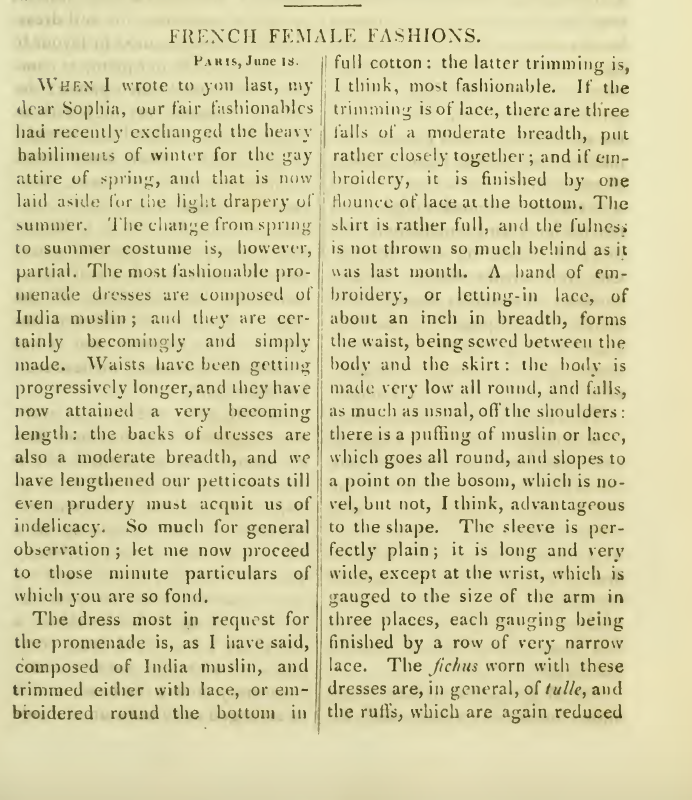 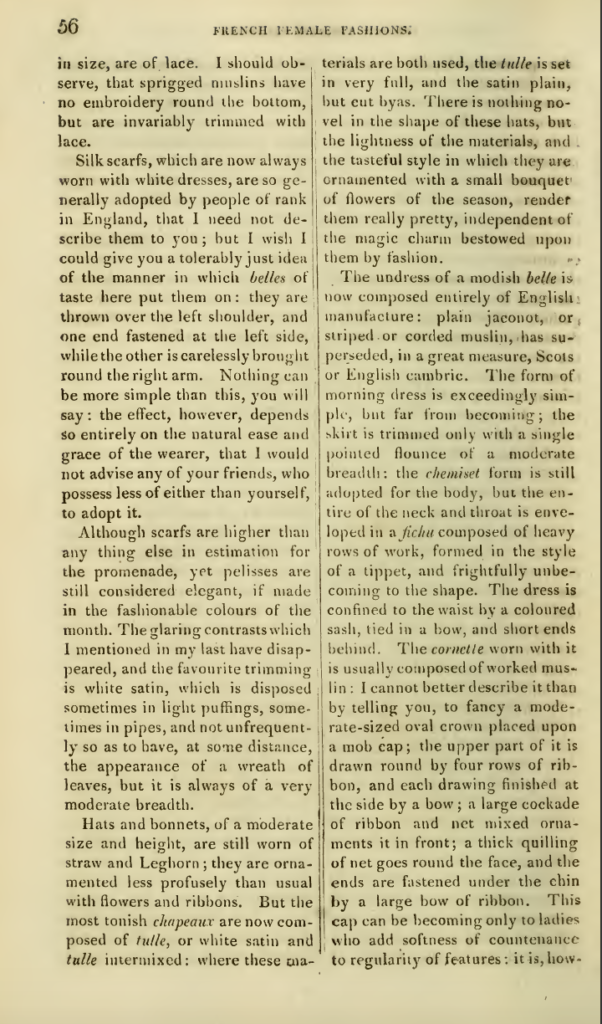 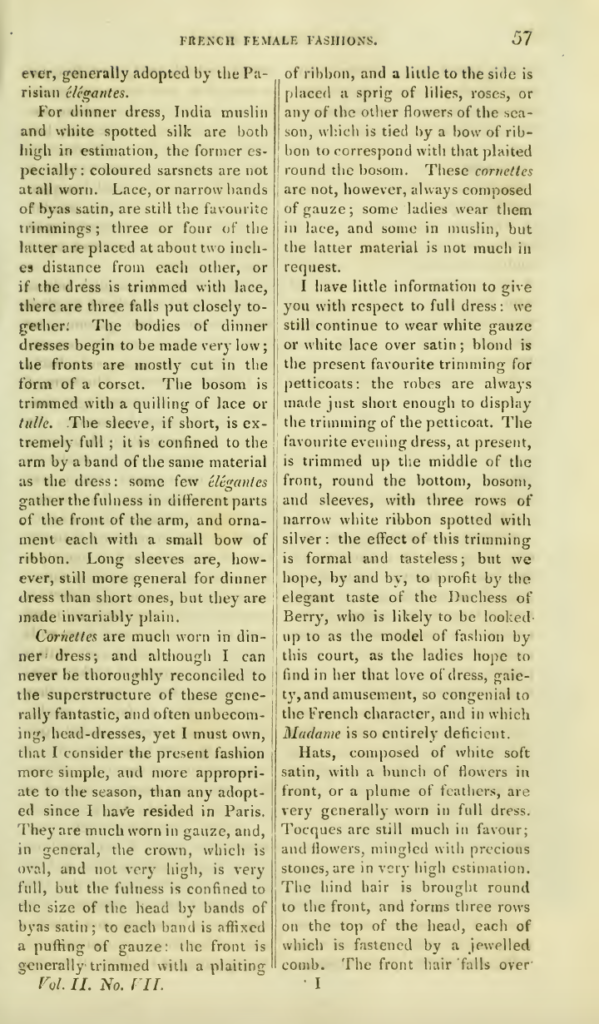 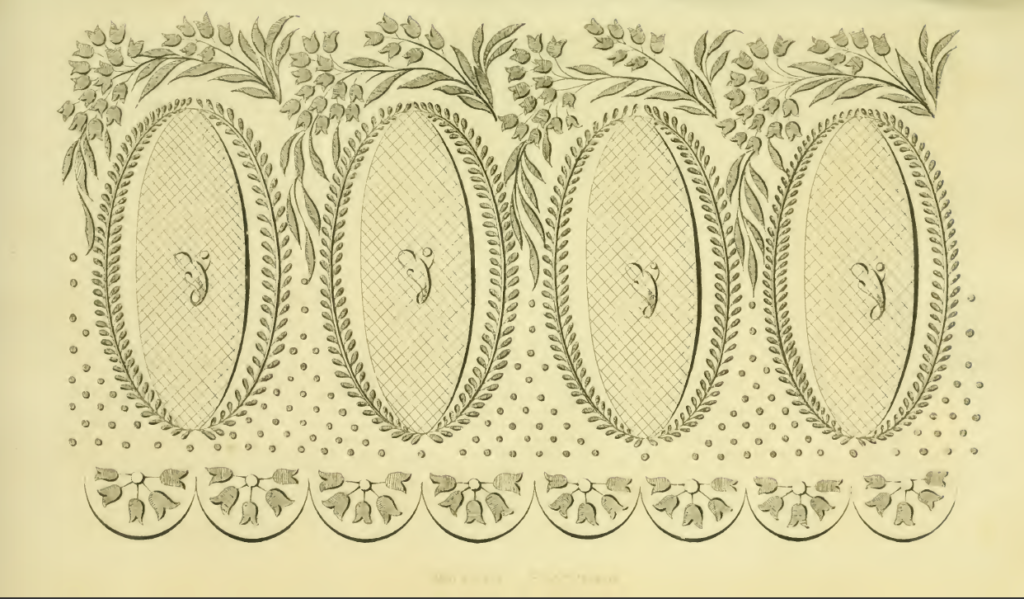