Did our fashion columnist invent a new word to describe this month’s first fashion plate? What do you make of the following:

We take it upon us to remark, that the length of the waist in this plate may be considered in the extreme, as few of our fair country-women seem disposed to depart from a becoming modiocrity in this particular.

I’m still struggling to parse this sentence. At first, I assumed that “modiocrity” was a simple typographic error, meant in fact to be “mediocrity” (my spell check keeps changing it to that, in any case!). But can a “mediocrity” ever be described as “becoming”? I’m charmed by the idea that our columnist has combined mediocrity and modish to come up with the coinage “modiocrity.” But I’m still left scratching my head; why does the writer feel forced to point out that the low waistline of this round French robe is “in the extreme” if he believes few ladies likely to change from the current style of high waists? 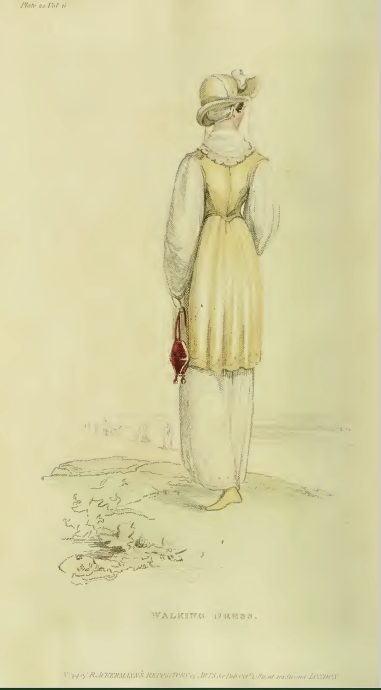 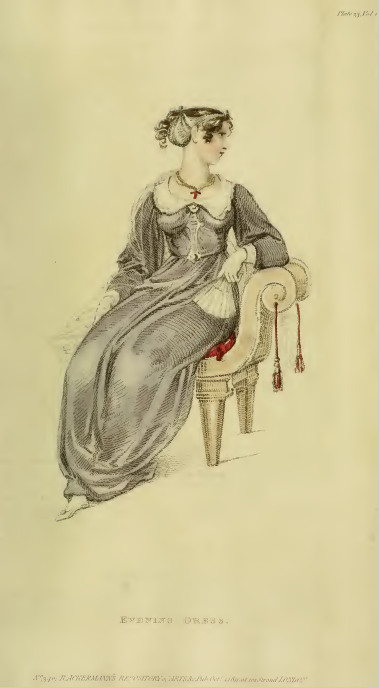 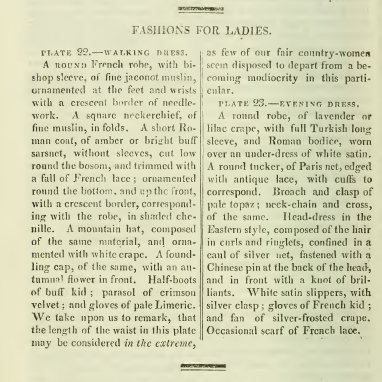 Some colorful fabrics for gowns, some for evening dress and some for day dress. I’d like to see a day gown made from sample #4; I’m a fan of combinations of brown and pink. And the name—”palm-leaf imperial striped cambric”—is impressive, too! 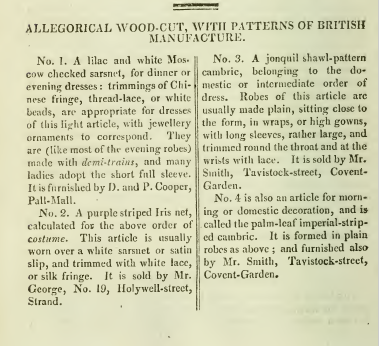 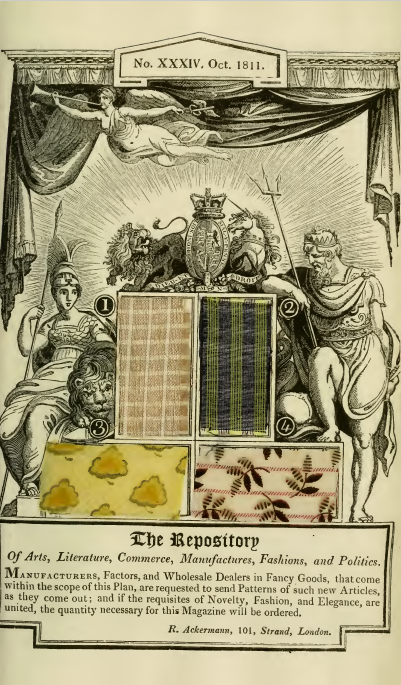