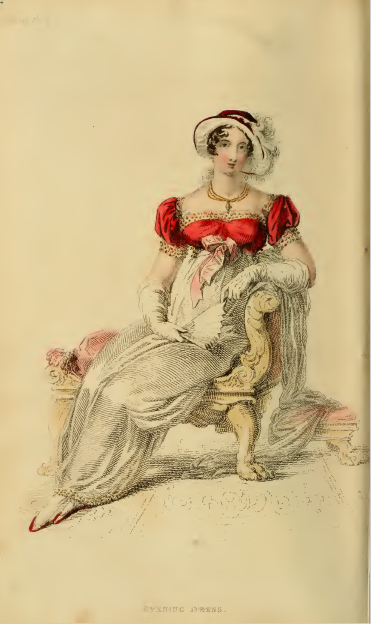 November’s fashion plates, which feature an Evening Dress and a Parisian Opera Dress, are accompanied by “General Observations and Description of the Fashions for Autumn.” These observations include few of the strictures about dress that were common in early issues of the magazine; instead, they truly do just “describe” what is currently being seen about town. 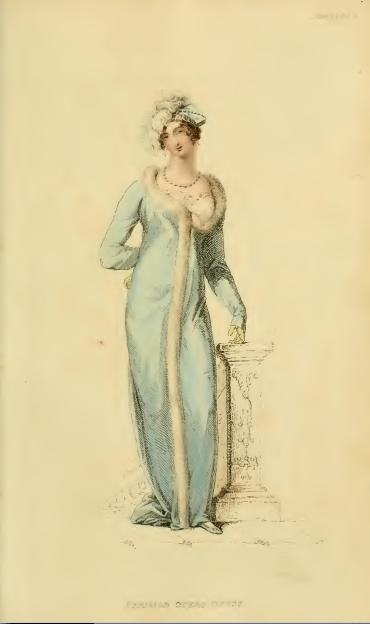 Autumn is remarkable for its diversity of fashions, our anonymous reporter notes, due to the changeful temperature of the season: “We not frequently observe the costume generally appropriated and adapted to the four quarters of the year, displayed in one day; so that the fair ovaries of the fantastic goddess have ample scope for their invention, as well as extensive encouragement for the exercise of their taste and genius.” 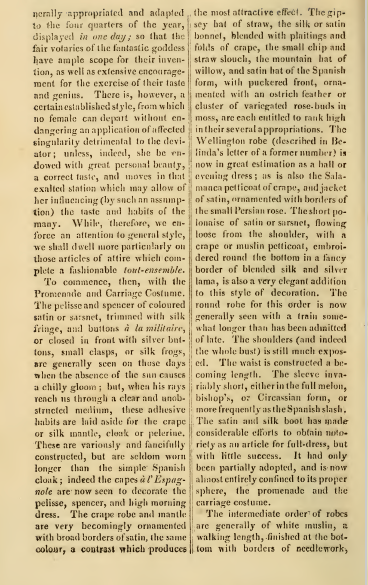 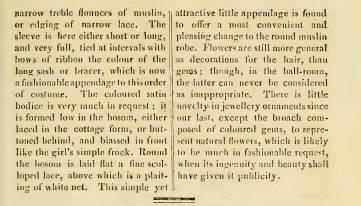 Military influences continue, with the “Wellington robe” and “Salamanca petticoat” proving particularly popular, as are buttons à la militaire. And while jewelry is never inappropriate for the ballroom, more women seem to be wearing flowers, rather than jewels, as hair adornments this season. Many women are combining the two, though: broaches of colored gems, figured in the shape of flowers, are a novelty of late. 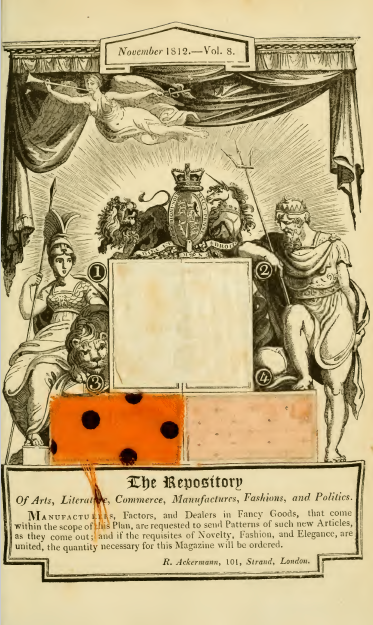 Despite my fears in last week’s post, that Mr. Ackermann had replaced his fabric samples with drawing samples, November’s edition includes the usual “Allegorical Wood-Cut, with Patterns of British Manufacture.” My eyes nearly popped out of my head when I caught sight of sample #3, which looks well-suited to an American Halloween celebration than to a Regency-era ballroom. It is a “specimen of a new and beautiful manufacture for ladies’ winter dresses,” a fabric made of materials that are never actually identified. For those not wishing to look like a moldy pumpkin, the fabric comes in a variety of other colors, too. 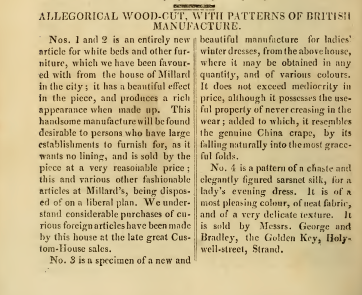