When I think of Regency dresses, I always think (inspired, no doubt, by the costumes in recent films of Jane Austen novels) of one piece gowns. But blogging about the Ackermanns Fashion Plates for the last year has made me realize that tunics featured more often in Regency dresses than I had previously imagined, even in fairly formal outfits. Take for example plate 31, which features an Opera Dress of white muslin, overlaid with an “Algerian tunic of white satin, trimmed round the bottom and bosom with net or silver fringe.” The length of the “Turkish coat,” too, seems unusual; not the short pelisse, nor the calf or full-length coat or cloak, but a “short” coat, one that reaches only to the knees. If you saw such an outfit in a Regency-period film, or on a Regency-set romance, would you think it looks out of place? (And do you think that child is accompanying his/her mother to the opera??) 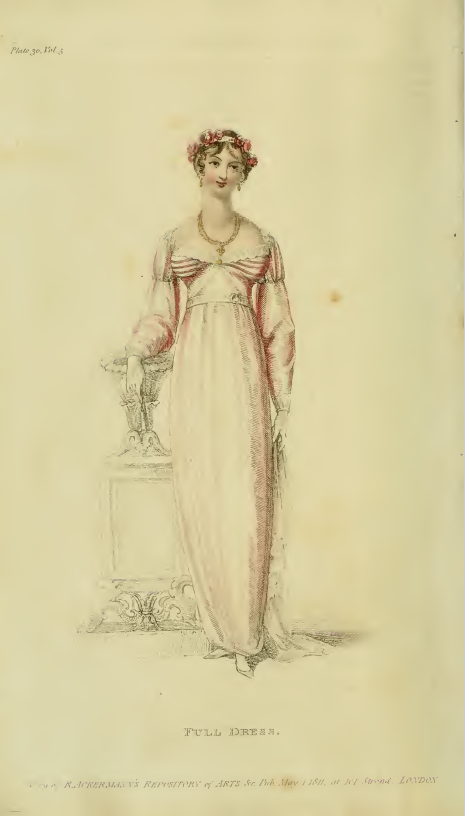 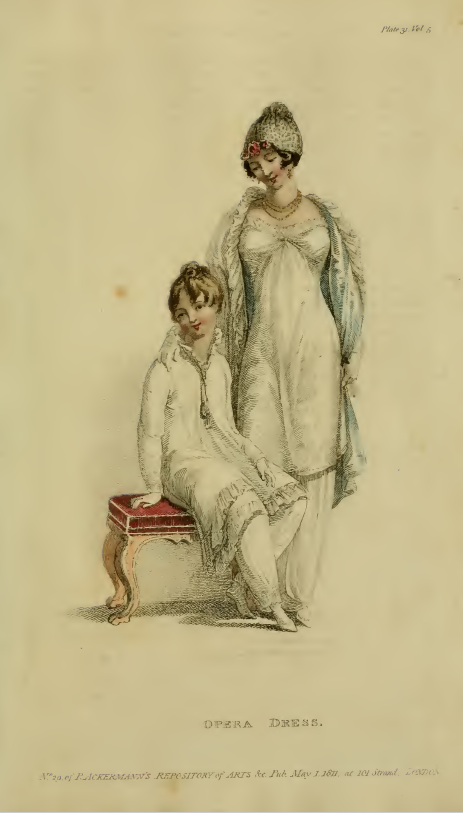 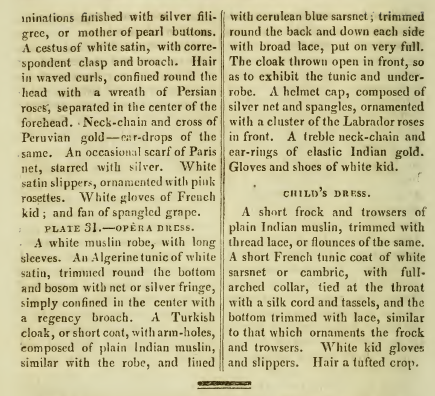 It looks as though the Philadelphia Museum of Art library’s copy of this issue had some water or other damage on the fabric sample page. I’m including a photo here, but you might want to check out this Pinterest image for a better look. Haven’t been able to find a definition of “pomerette” or “rainbow imperial net”; any takers? 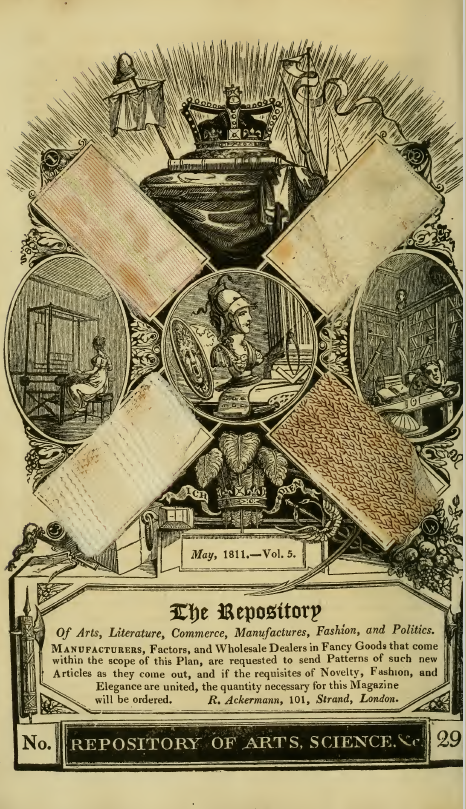 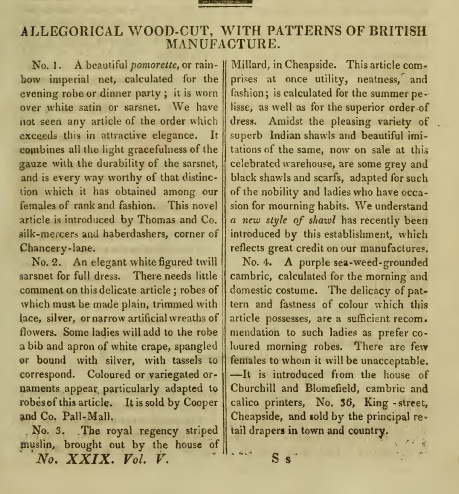