From Chapter 2 of A Lady without a Lord

Harriot Atherton has enough trouble keeping her father, the steward of the Saybrook estate, out of difficulties. Must she really rescue one of his sheep? Especially when the estate’s new viscount makes an unexpected appearance…

The ewe strained forward, trying to get its legs under it. In spite of its obvious exhaustion, though, its strength still proved greater than that of its would-be rescuer. With a jerk, it shot forward, sending Harry tumbling to all fours into the dirt.

From behind her came a low, appreciative chuckle.

“Though she’s not black, yon sheep looks as if she has far more than three bags of wool at the ready. Are you certain, though, fair shepherdess, that you’re using the best method to shear?”

Harry groaned. What a spectacle she must present! And not even to a fieldworker or a farmer, but to a gentleman, if the man’s way of speaking were any indication. Just what she needed, a smugly superior clever-boots, come to bear witness to her indignities. Watch, next he’d be “ba, ba, baa-ing” at her as if they were actually characters from the old nursery rhyme.

Harry jerked her head up and down, banging the brim of her bonnet lightly against the ground.

But said ground was hardly likely to open and swallow her and her embarrassment whole. Gathering her scattered dignity, Harry pushed up to her knees and slowly turned round, wondering which of the local gentry she’d had the misfortune to encounter.

A large gentleman strode across the pasture, his horse tethered to a low tree across the lane. The afternoon sun, shining directly behind him, made it difficult to discern his features. Too tall to be Sir John Mather, who held the estate closest to the Saybrook home farm. And not Mather’s son, home from Market Rasen on one of his frequent visits, either; proper Haviland was far too stiff to offer such a comment to any woman, genteel or no. Besides, this man’s voice hadn’t sounded at all familiar. Harry raised a hand to shield her eyes from the glare.

“Unkind of me, wasn’t it, to make sport of your plight.” The gentleman stopped a few feet from where she still knelt on the ground. “But if our positions were reversed, I’d wager you’d have laughed, too. Such a sight! But here, sweet maid, allow me to assist you.”

His shadow fell over her as he bent down, holding out a gloved hand. Eyes blinking to adjust to the sudden change in light, Harry placed her hand in his.

With a gentle tug, the gentleman pulled her to her feet. She stumbled, hands pressing against the silk of his waistcoat. She felt him chuckle—what, did he think she had fallen against him on purpose?—then watched as he slowly bent his head to hers, as if intending to steal a kiss.

She started as sudden recognition flooded her senses. Oh, no. Not again.

Harry jerked her hand free and took a step back, then another. Chin raised high, she lowered into her most respectful curtsy, no matter that the man deserved none of it.

Theo Pennington, the new Lord Saybrook, gazed down at her, his eyes crinkling in puzzlement. No, he wouldn’t recognize her, not after spending years in London surrounded by elegant ladies of the ton, as well as those of more dubious repute. All of whom would be far more memorable than the daughter of his father’s steward, whom he’d last seen as a lanky, awkward adolescent. Even if he’d given said adolescent her first kiss. 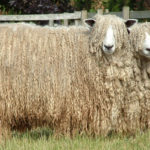