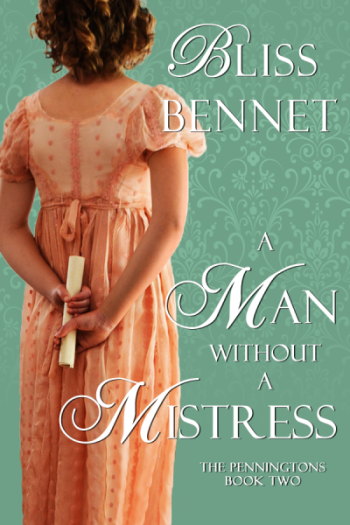 A man determined to atone for the past

For seven long years, Sir Peregrine Sayre has tried to assuage his guilt over the events of his twenty-first birthday by immersing himself in political work—and avoiding all entanglements with women, whether lightskirts or ladies of the ton. But when his mentor sends him on a quest to track down purportedly penitent prostitutes, the events of his less-than-innocent past threaten not only his own political career . .

A woman who will risk anything for the future

Raised to be a political wife, but denied the opportunity by her father’s untimely death, Sibilla Pennington has little desire to wed. To delay her brothers’ plans to marry her off as soon as her period of mourning is over, Sibilla vows only to accept a ma as politically astute as was her father—and, in retaliation for her brothers’ amorous peccadilloes, only one who has never kept a mistress. Surely there can be no such man in all of London.

When Sibilla’s attempt to free a reformed maidservant from the clutches of a former procurer throws her into the midst of Per’s penitent search, she is inextricably drawn to the cool, reserved baronet. But as the search grows ever more dangerous, Sibilla’s penchant for taking risks cannot help but remind Per of the shames he’s spent years trying to outrun. Can Per continue to hide from the guilt and ghosts of the past without endangering his chance at a passionate future with Sibilla? 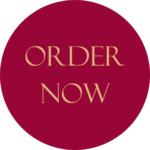 PRAISE FOR A Man without a Mistress:

“Bennet skillfully weaves mystery, political history, and romance together in this captivating novel. She surprises the reader by including in this story with its threads of grief, guilt, and grimness a couple of humorous scenes that reminded me of my favorite scene in Georgette Heyer’s The Unknown Ajax. But I think her finest achievement is the heroine who remains unconventional to the end even when she cooperates in the most conventional of romance fiction’s elements: the HEA.” —Heroes and Heartbreakers

“A Man Without a Mistress, the second of Bliss Bennet’s Pennington series, is savvy, sensual and engrossing, and manages a spot-on balance of realism and buoyancy. The hero and heroine are refreshingly equal in all but their gender — they’re a couple of resourceful, damaged, wry, intelligent, lonely and delightful messes.” —USA Today’s Happy Ever After

“Now that Miss Bates has read Bliss Bennet’s second romance novel, she can place her in histrom-world with Rose Lerner, Cecilia Grant, and recent discovery Blythe Gifford. They all have the rare, and becoming rarer, ability to create main characters who reflect their times and are in turn uniquely likable themselves. Their main characters’ constraints are not solely those of personality or circumstance, but political, economic, social, and/or gender strictures. Bennet creates creatures of their time and yet uniquely themselves, approachable and sympathetic to the reader.” —Miss Bates Reads Romanc