March 1810’s fashion plates focus again on whites: white satin for a Ball Dress; spotted white muslin for a Morning Dress. I’m struck again by how often children are shown with their mothers in the morning dress plates; is Ackermanns simply reflecting the new societal focus on the importance of motherhood? Or helping to construct it?

Arbiter Elegantiarum insists that, despite last month’s critique of women’s fashion choices, “I beg I may not be considered as exclusively censuring the foibles of the fair. No, no; the lords of the creation, with all their boasted superiority, are equally implicated.” But, despite the disclaimer, Arbiter insists that “This is not the place to register the follies and fopperies of men.” Why not, I wonder?

I do have to laugh, though, at Arbiter‘s disdain for the “monstrous tippets” being lugged around by the fashionable women of the day: “Should this wretched thing continue in use, I would strongly recommend the re-introduction of the hoop and farthingale, that the foundation may bear some proportion to the superstructure, and that our ladies may no longer have the painful appearance elf being top-heavy.” Wish we had a picture of that! 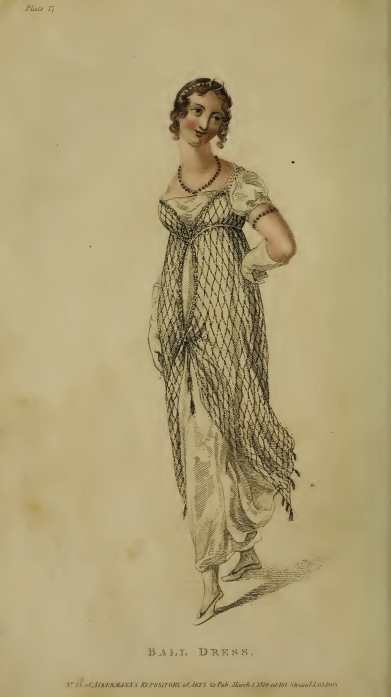 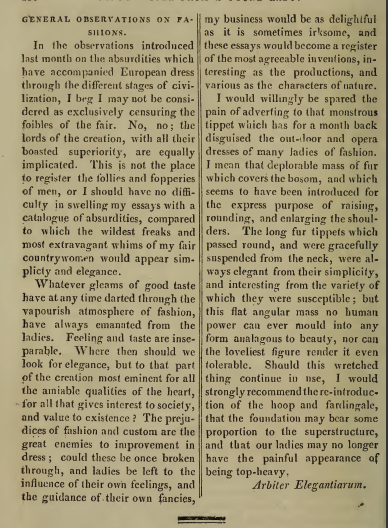 In addition to the usual fabric samples included in each issue, March’s book also features fancy paper samples, which I’ve included below. Can you imagine Regency women using them to covering boxes, screens, card-racks, and portfolios? Maybe we should all try out the paste recipe helpfully included? 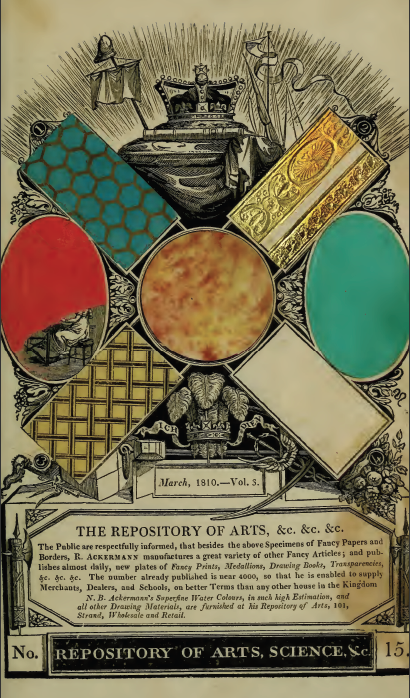 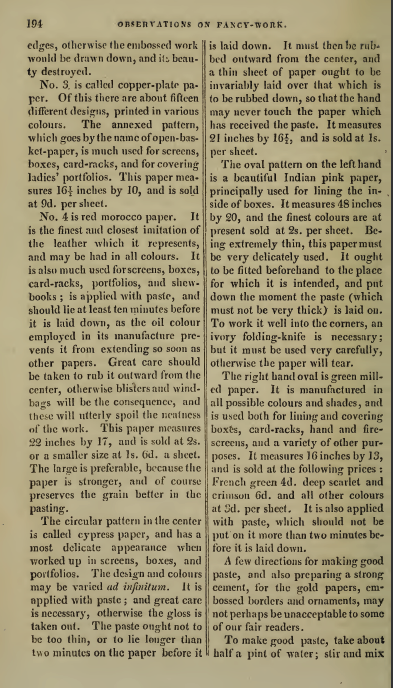 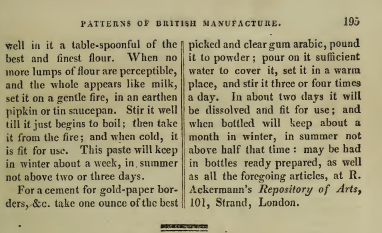 And finally, this month’s fabric samples. I can’t quite make out what the figures on #4, the “amber-shot sarsnet,” are meant to be—the ever-popular bee? A flower? Or just a geometric figure? A lovely color, no matter what the figure… 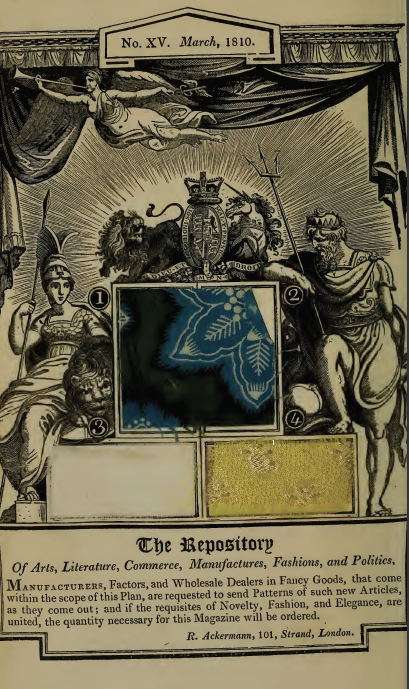 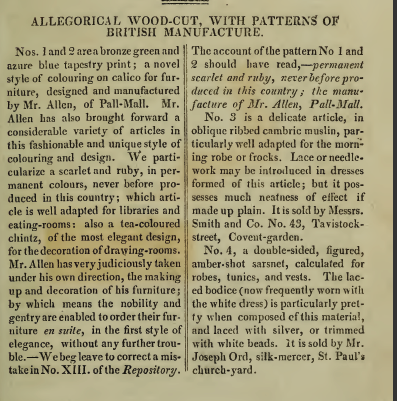