Arbiter Elegantiarum returns this month to wax fearful about the “influence that the love of dress has upon the inhabitants of country towns and villages.” AE urges “landowners, and proprietors of estates, to check as much as possible” the “ruinous propensity” of the less-than-genteel to mimic the fashions of their betters.

Interesting to consider whether many Regency-era landlords in fact had enough sway over their tenants and other employees to dictate what they could and could not wear. And whether the wives of said landowners played any part in such regulation. Can you imagine going off to police your “dependents” while wearing that “French tippet of leopard silk shag” that the lady in Plate #30 is sporting?

In earlier days, AE notes, it was easy to tell who was a gentleman: “one descended from three degrees of gentry, both on the mother’s and father’s side.” In contrast, during AE’s times, a gentleman is “any one who possesses a certain sum of money in the funds, though his father be a scavenger or a chimney-sweeper.” AE shares the fears of many a genteel person of the period, fears that the once strict boundary lines between the classes has become frighteningly permeable. 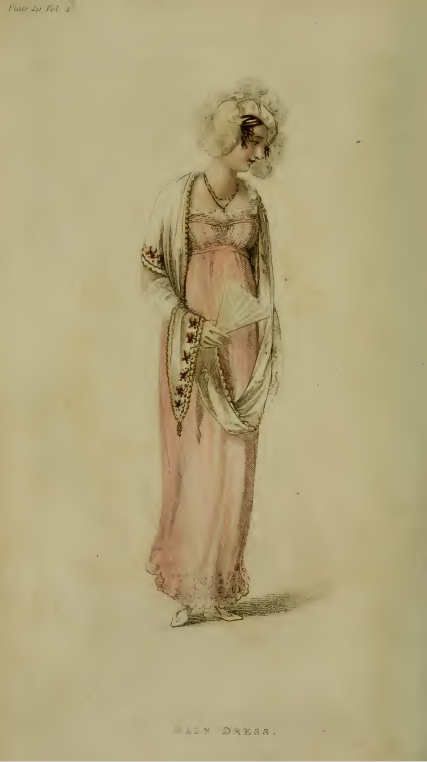 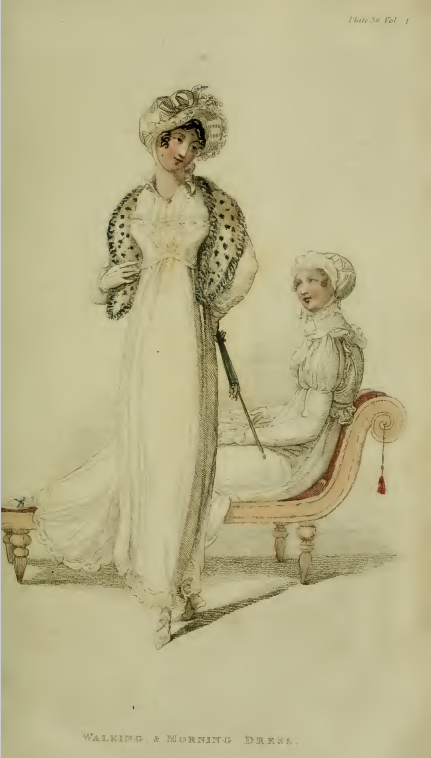 I wish we had more of the sample of #1 fabric, a “Spanish embroidered net”; it appears that part of the swatch has been ripped away, alas. Brown and rose are one of my favorite color combinations. Not too enamored of the Indian shawl print (swatch #2); perhaps it would be more attractive in a larger sample? 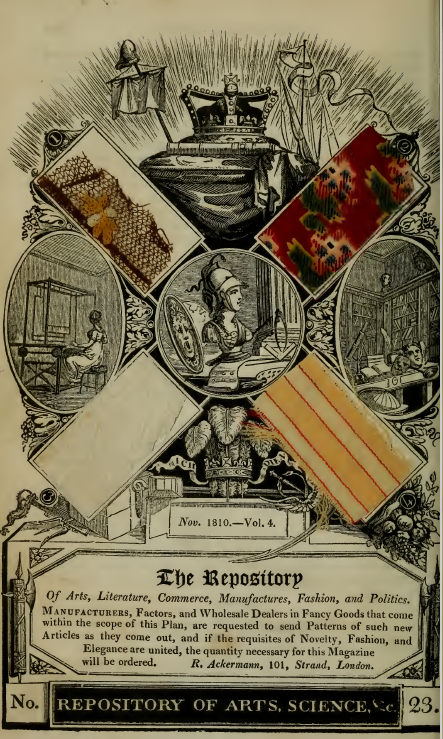 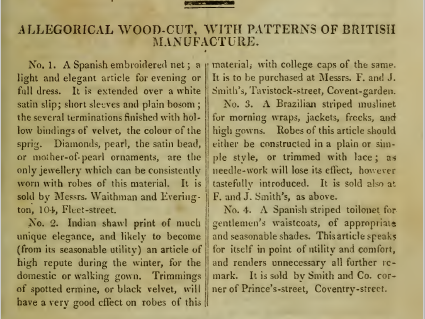