I would have thought that fashions for wintertime might feature more color, but in December 1809, Ackermann’s featured two plates with ladies clothed in white dresses, one a “Tyrolean Walking Dress,” the other an Evening Dress. Although Arbiter Elegantiarum declares that “crimson, purple, dark green, and brown, are likely to become the prevailing colors, with borders of black, gold, or ermine; and that scarlet, that terrible destroyer of female beauty, grace, and elegance, is consigned, I hope for ever, ‘to the tomb of all the Capulets.'”

Another oddity: the walking dress is described as having an “elastic belt.” Elastic cord or string dates from the 1840s, according to the OED. But perhaps the belt is elastic in one of the word’s more general senses, “that which spontaneously resumes (after a longer or short interval) its normal bulk or shape after having been contracted, dilated, or distorted by external force” (OED, dating from 1674), or “that can be stretched without permanent alteration of size or shape” (OED references elastic corsets c. 1835). Any information on the use of elastic in fashion, I’d love to hear from you! 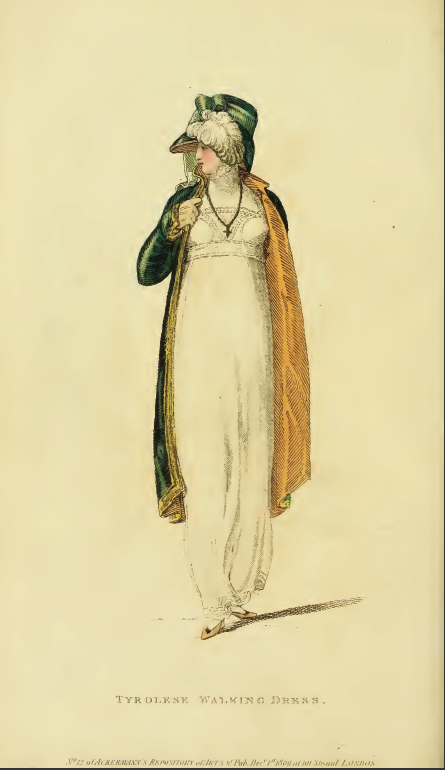 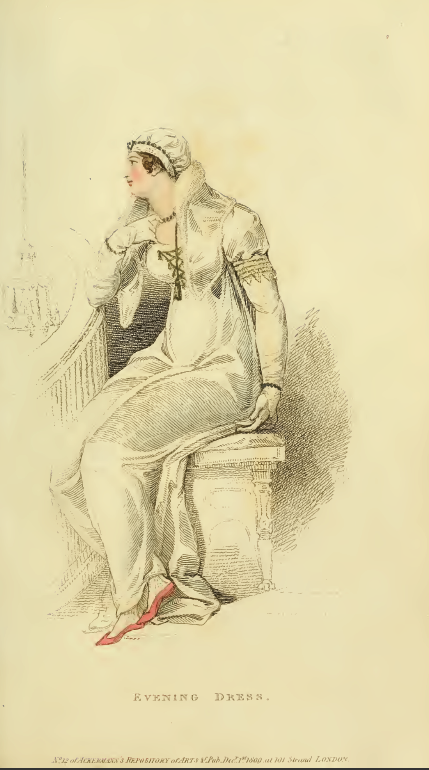 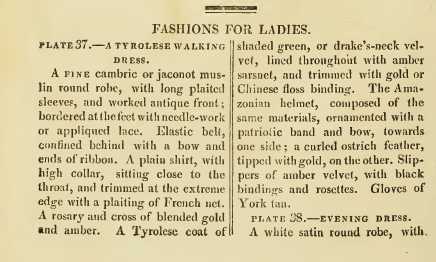 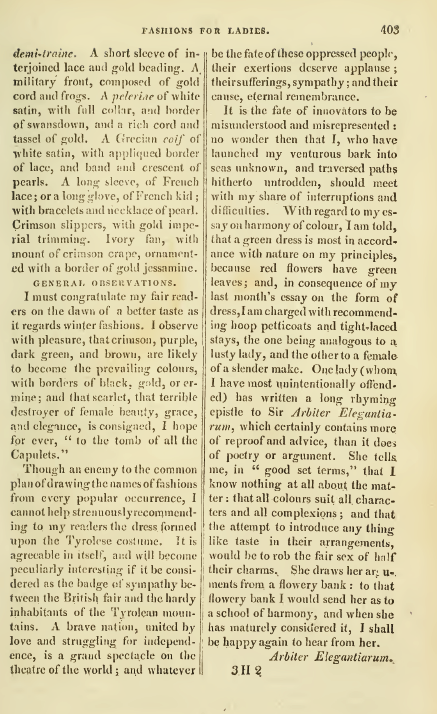 And here are this month’s fabric samples, all in shades of gold. Since several are labeled “Jubilee,” I’m guessing they were manufactured to commemorate George the III’s 50th year of rule, which was celebrated in October 1809. Sample #4 looks rather fuzzy; was this its original texture, or has the sample deteriorated over time? Pages 411-42. 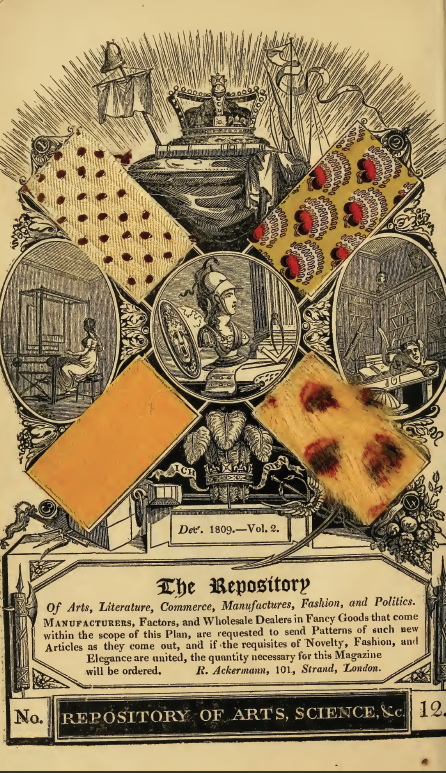 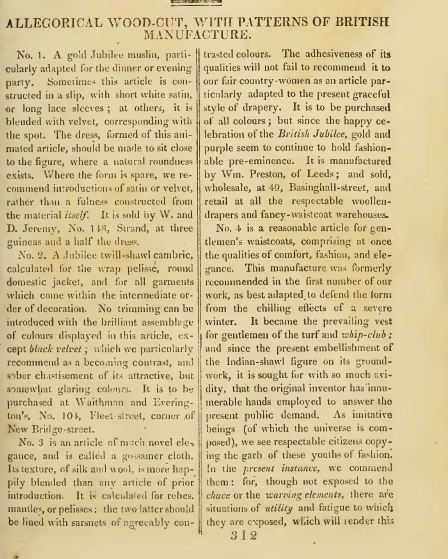